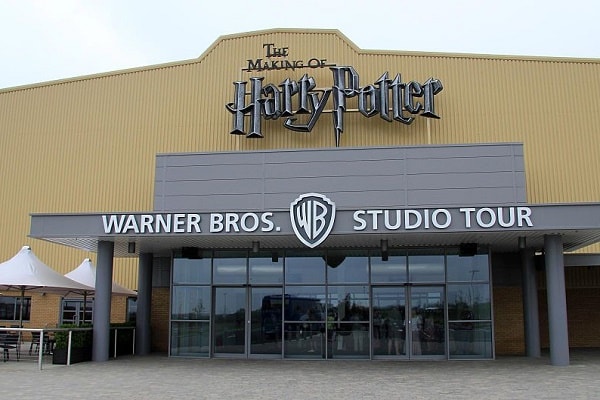 Warner Bros. Studios, Leavesden is an 80-hectare studio complex in Leavesden in Hertfordshire, in southeast England. Formerly known as Leavesden Film Studios and still colloquially known Leavesden Studios or simply Leavesden, it is a film and media complex owned by Warner Bros. The studios and backlot were all retrofitted as the site's original purpose was as an aircraft factory and airfield called Leavesden Aerodrome, a centre of British aircraft production during World War II. It is situated in Abbots Langley, near Watford, in southwest Hertfordshire. Warner Bros. Studios, Leavesden is one of only a few places in the United Kingdom where large scale film productions can be made.