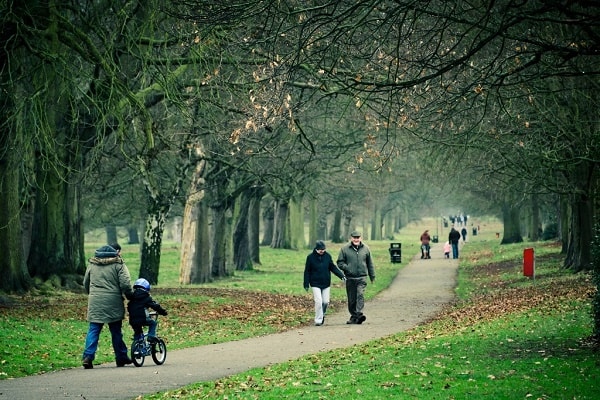 The name Cassiobury has had various spellings over time. It is derived from 'Caegshoe', which is believed to be the combination of 'caeg', a person's name, and 'hoe', meaning a spur of land. When the land was granted to Sir Richard Morrison in the 16th century, it was called 'Cayshobury', with 'bury' indicating a manor.

Cassiobury Park was formed from the grounds of Cassiobury House and consists of 190 acres (0.77 km2) of open space. The house was demolished in 1927 and the Cassiobury Gates in 1970, for road widening. In July 2007, the park won a Green Flag Award, which recognises the best green spaces in the country. There is a children's play area, which includes a paddling pool, play equipment, a bouncy castle, an ice cream van, a kiosk where one may buy food, and 10.25" gauge miniature railway. The Grand Union Canal passes through the park.