Watford is one of the larger towns in Hertfordshire, England, and has approximately 80,000 citizens. If you’re on the hunt for a hotel, you’ll find a number of choices in the town centre, ranging from chain hotels to inns and guest houses.

The Making of Harry Potter has proven to be one of the most popular attractions in the region since it opened in 2012. Located in Leavesden, about two miles from the centre of Watford, the studio tour offers fans the chance to ride a broomstick, sip on a glass of butterbeer, walk down Diagon Alley and much, much more. Those looking to explore the hallowed halls of Hogwarts School of Witchcraft and Wizardry are likely to be blown away by the authentic sets and props used in the filming of the movie series. For those looking to stay as close to the studio as possible, a limited number of hotels can be found nearby. Alternatively, town centre hotels are equally as convenient, thanks to a shuttle bus service operating out of Watford Junction railway station.

Watford’s close proximity to London makes it a popular choice with business commuters and leisure travellers alike. Two main railway stations in the town, Watford Junction and Watford High Street, offer frequent connections to the capital via the London Underground, London Overground and mainline rail services, with journeys taking as little as 15 minutes. You’ll find a selection of hotels near each station, making it even easier to explore London’s many landmarks, attractions, and shows. Furthermore, the stations also offer direct connections to local destinations like Milton Keynes and St Albans, as well as those as little further away, including both Northampton and Birmingham. 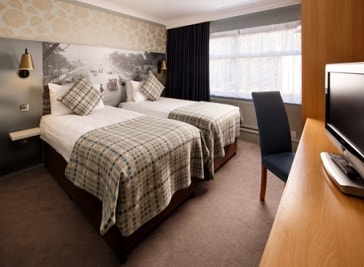 Mercure London Watford Hotel is less than a mile from Junction 5 of the M1 and only three miles from the M25, making it the perfect location for conferences and business meetings in Watford, a desirable Watford wedding venue, and ideal for day trips to Watford and St. Albans or visiting the Hertfordshire countryside and nearby Harry Potter World. If you’re looking for gyms in Watford or a swimming pool in Watford...
Read More

Time's precious and every moment feels longer at The Grove. You're surrounded by nature and there's so much to do that you can spend days here and never do the same thing twice. Play on our Championship golf course, enjoy our award-winning Sequoia Spa, dine in three restaurants and waste time in our lounges, bars, Walled Garden and woods.
Read More 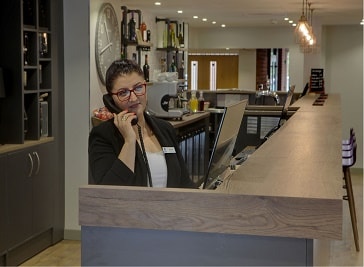 From Watford, London is so easy to reach, with countless family attractions and places of interest to explore. Whether you want to go shopping or sightseeing, Best Western White House Hotel is a great place to start and end a great day out in the capital. At the hotel itself, you'll enjoy both comfort and character. Our staff are full of personality, just like the townhouse they work in.
Read More