Pubs have closed in Watford for a variety of reasons over the years. The one pictured on this page was demolished to allow a major road to be widened.

The Watford Observer has again teamed up with Watford Museum and is delighted to showcase some pictures from its archive – this week it’s the Railway Arms.

The museum’s volunteer archivist Christine Orchard said: “The Railway Arms was in St Albans Road and stood next to the bridge over the railway line. Ths photograph (at the top of the page), taken from Park Road/Church Road, shows the pub in 1949. It was probably much plainer in appearance when built in the late 1830s very soon after the arrival of the railway.

The Railway Arms in 1961 prior to its demolition

“The pub was certainly in existence by 1841 as it shows up on this census. The occupants were John Hodgson with his wife Elizabeth and their three young children, James (4), William (2) and Robert, just 8 months. This pub, along with three others similar establishments, clustered around the new railway station and in these early days, all would have had views across the fields in all directions.

When demolition work had begun

“The Railway Arms was originally owned by Frederick Dyson but eventually came into Benskin’s hands. The pub closed in 1961 when it had to be demolished, along with a row of shops, to allow St Albans Road to be widened.” 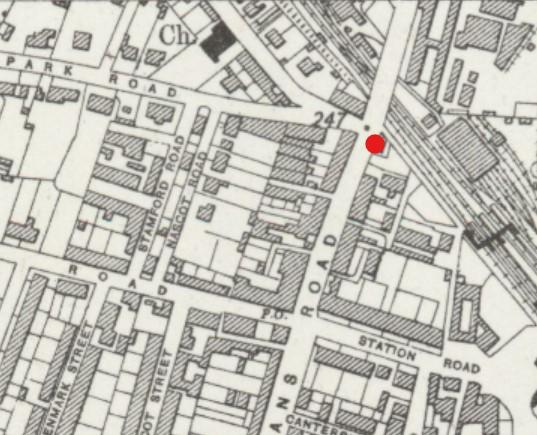 Watford Museum is closed for the festive period and will reopen at 10am on Thursday, January 6.

Be the first to comment on "Memories of Railway Arms pub in St Albans Road, Watford"