A filming crew for the latest season of an ITV detective drama has been spotted setting up scenes on school grounds.

Hit crime drama Grantchester is being recorded at the former Rudolf Steiner School in Kings Langley, the Watford Observer understands.

This latest sighting comes after the crew was previously spotted in Hemel Hempstead Old Town.

According to someone living nearby, who wished to remain unnamed, they set up camp in early July and says their continued schedule is unknown.

They said from a distance they saw a couple of characters milling about, as well as people in costumes waiting around outside. 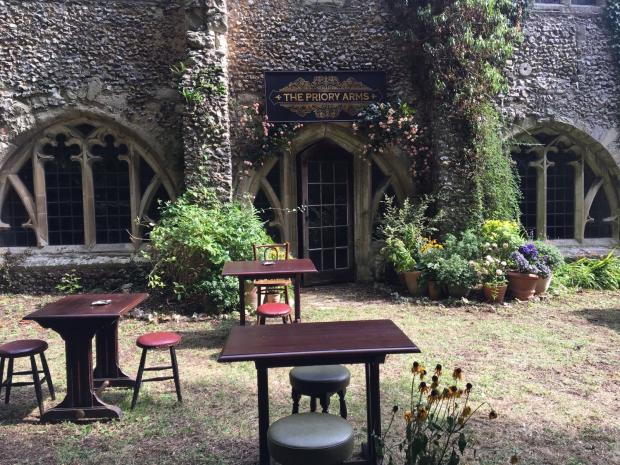 Filming of Grantchester in the Rudolf Steiner school, Kings Langley

Another area in the school grounds is the priory which is being used as what appears to be a pub with outdoor seating.

The first series of Grantchester was based on the six stories from the first book, Sidney Chambers and the Shadow of Death, and was broadcast in 2014. This sixth series was commissioned on July 17, 2020.

The series is set in the Cambridgeshire village of Grantchester and is adapted from the Grantchester Mysteries – a collection of short stories – by James Runcie.

The school grounds, which belong to the former Rudolf Steiner school in Kings Langley, include a large gymnasium which is allegedly being used as the ITV series’ police station.

Be the first to comment on "Grantchester filming at former Rudolf Steiner school, Kings Langley"